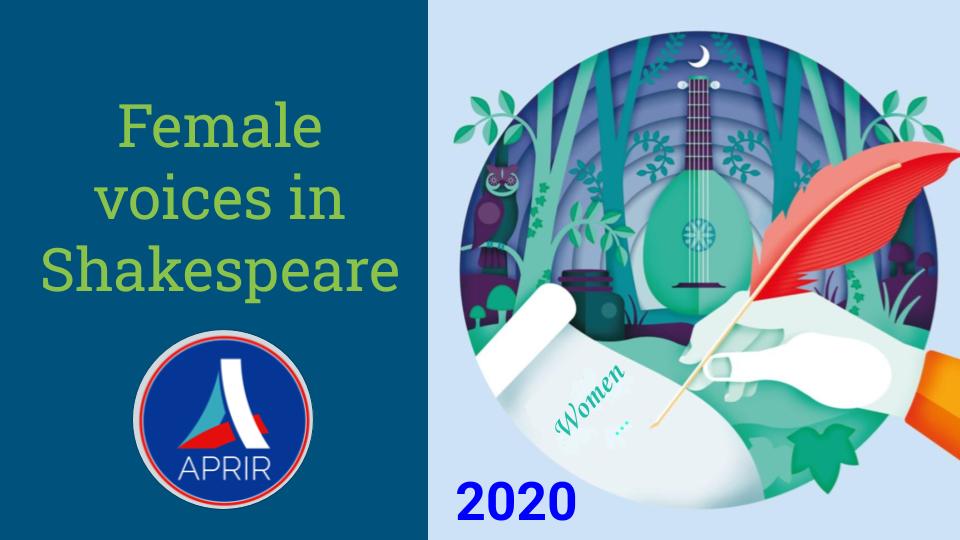 In 2016, to join in the Shakespeare Lives celebrations marking the 400th anniversary of the Bard’s death, as well as APRIR’s 40th anniversary, our Association  organised a playreading show designed by our colleague Mónica Pérez.  It was performed live to great acclaim, and repeated the following year.

Now, as lockdown prompts theatres the world over to offer some of their performances online, we are proud to announce a new version of this show, in which the players, recording from their own homes, bring to life some of Shakespeare’s most celebrated female characters. A Chorus guides us from character to character, from scene to scene, weaving lines from other Shakespearean works into a rich tapestry.

The show has been organised in two parts of about 20 minutes each, which will premiere on YouTube on Sunday June 7th and June 14th at 7 pm.

In Part 2 some new voices bring to life other renowned Shakespearean heroines. Also about 20 minutes in length, it will premiere on YouTube on Sunday June 14th at 7 pm. A live chat will be open during the broadcast.

Make sure you don’t miss the show by setting a reminder.

Set a reminder to watch the premiere of Part 2.